Skip to content
Home › Antenna and TV › How To Record TV Shows From Antenna?

If you landed on this page, then you must have a query about how to record TV shows from an antenna? Well, if you ask any cable user he will say how easy it is actually to record any show on his TV. But, that’s certainly not your case as you are an Over-the-Air TV user.

So, is there a way to record TV shows on Over-the-Air TVs? Yes, there is. There are devices called OTA DVRs using which you can record any of your favorite shows very easily. Here’s how.

Your television receives signals over the air and displays them through your antenna which is connected to a TV tuner.

In general, that means you can only watch free over-the-air TV. With nothing but a TV and antenna at your disposal, recording it is not possible. An additional antenna is required for every additional TV.

Nevertheless, it only holds true if you only use TVs and antennas. However, what if we looked at a few other technologies that are compatible with over-the-air antennas?

An example of a device that is particularly relevant in this context is the OTA DVR. DVRs with antennas are called OTA DVRs.

This type of DVR records on a hard drive and gives you later access to that recording and the ability to replay it on-demand, just like a regular DVR.

OTA DVR is our best solution to recording over-the-air TV, so let’s take a closer look.

How Does OTA DVRs Works?

Using an OTA DVR is easy as hell. Normally, it looks like a small router. It is has a jack where the coaxial cable needs to be inserted from your antenna.

Then, you will also need to arrange for a Hard Drive to store your recorded data and stuff. This feature is built into some models while in others it requires an external hard drive which you must purchase separately.

As far as recording shows using OTA DVRs are concerned, there are two ways to do it.

Using an app is the first option. If you choose, the OTA DVR doesn’t need to be connected to your TV at all. You can put it in another room completely. Since it can also use Wi-Fi, you can play recordings from your phone via an app.

They can be downloaded for Android and iOS devices. If you still wish to select recordings using your TV and remote control, they can be accessed on streaming devices like Roku. In reality, the device that takes the footage isn’t even physically connected to your TV, it’s connected via WiFi.

DVRs with OTA capabilities are usually billed monthly. You can often get basic functionality without becoming a subscriber. If you pay a lump sum rather than monthly fees, you can get lifetime access. Your device and brand choices will determine these kinds of specifics.

Best OTA DVRs In The Market

A DVR can be used without cable! OTA DVRs are currently being made by a lot of great companies. Let’s take a look at some of their best products.

From Nuvyyo, the Tablo OTA DVR records over-the-air programs to multiple devices on the same home network, allowing you to stream them to up to six others.

You will need to record shows with an external USB hard drive since this version lacks a built-in hard drive. Alternatively, you can spend $20 more for a model with 128GB of onboard storage which is enough for up to 80 hours of high-definition recording.

HDMI is not supported by the Dual-Lite. Video is instead streamed via WiFi to the Tablo app, which is installed on most popular streaming media players.

The Tablo app or Tablo’s website offers a step-by-step setup guide that makes the process of installation relatively straightforward. It is simply a matter of scanning for channels and downloading the program guide once it is completed.

With two tuners on the Dual-Lite, you can simultaneously watch and record two channels.

The Tablo does not require a subscription, but if you have one, it will be much more useful. Using the free service, you get a one-day grid program guide and you can schedule recordings as recurrences or one-time events based on the grid or dates/times/channels manually.

Last year, TiVo offered the curvy Bolt OTA for $250, but that model is no longer available. It is still available for less than $100 at a few retailers, however. This product includes easy-to-use programming guides and interfaces.

When you set up the Bolt OTA, you must first search for channels, update the firmware, and restart the player. It is fairly simple to set up with the help of the onscreen step-by-step guide.

There is a center bar that has sections for What to Watch, My Shows, Search, and Apps on the main menu of TiVo. The Guide button on the remote displays the 14-day program guide of TiVo. Streaming shows is easy, and scheduling recordings is a breeze with it.

In addition, voice commands can be used to search for programs using the voice remote. Not only does it have an option for skipping commercials, but the remote also has a button for Netflix as well. Despite being large, the remote seems a bit cluttered with its number of buttons.

One downside is that you must subscribe to TiVo in order to properly use the unit, including recording shows and accessing streaming services

With its cone-shaped design, ChannelMaster’s Stream+ is notable among rectangular black boxes. You must record shows and movies with an external USB hard drive because it lacks an internal hard drive like several other less expensive DVRs. MicroSD cards can also be used as additional storage.

It comes with two tuners for simultaneously recording two shows or watching one while recording another. Like its TiVo Bolt OTA counterpart, the TVbox directly connects via HDMI to a TV and can display content in 4K.

Google accounts allow you to access the Google Play Store and Chromecast capability to cast content. Some popular streaming apps, such as Netflix and Hulu, do not work with it.

These apps are available for download from the Google Play store, but these cannot be cast to the DVR via Chromecast from a mobile device.

A wireless universal remote-controlled by a wooden wand is included with the Stream+, allowing it to control TVs as well as other devices. You can also enter show and movie titles using voice commands using the built-in microphone.

Setting up the ChannelMaster Stream+ is very straightforward and you can pair the Bluetooth remote and connect to a WiFi network with ease.

Stream+ offers a 14-day free program guide when it detects an antenna connected to the device. Watching the TV guide and setting up recordings can be done on Google’s Live Channels app.

Apart from the lack of Hulu and Netflix apps, there were a few other drawbacks. DVR recordings in progress can’t be viewed from the beginning; they must be viewed live. Other quirks are also present. It’s not possible to schedule only new recordings of a show or to delete old ones automatically, for instance.

Which Features To Look At Before Buying OTA DVR?

There are many factors that can affect how well over-the-air DVR solutions perform, so evaluating them can be challenging. Here are some factors you should consider if you are interested in buying one:

Even though broadcast TV still has ads, some DVRs can help skip them. The best platform in this regard is TiVo. All programs can be automatically skipped, and other programs can be skipped for 30 seconds.

Time-shifting is supported by most DVR solutions and it is a must-have feature in your OTA DVR.

There will be more simultaneous recordings or viewings if there are more tuners. TiVo and Tablo have four tuners each.

4. Streaming Outside The Home

You can watch live and recorded TV using both Tablo and ChannelMater. To use TiVo on a mobile device, you must subscribe to the $130 TiVo Stream.

In our review, all of the DVRs supported storage on external hard drives except for TiVo.

In our opinion, you should go with a whole-home system, which includes a networked tuner or an extension system if you plan to watch more than one television.

We’ve reviewed several DVRs that let you control them over your existing streaming devices via an app. All of your favorite streaming services can be accessed without changing inputs in these cases.

OTA DVRs are fairly simple devices as you might have already noticed. The device is little more than a TV tuner. Basically, there is a range of other DIY and semi-DIY ways to record over-the-air television.

For an alternative method. A PC TV tuner is the first thing you need. Most of them come with software, and some even come with basic OTA DVR capability. The next step in your process is to consider servers unless you want to watch everything on your computer.

OTA DVR programs and free media servers have already been developed to enable OTA content to be received by other devices. One such server is called Plex.

Stream live and recorded OTA TV on any device running the Plex app if you run a Plex server on your computer and connect an antenna via a PC TV tuner. This makes things pretty easy since Plex is available on a lot of streaming devices.

Over the air, televisions are still popular and widely used due to their cost-effectiveness. However, they normally don’t give all the features which you will get on cable television. So, to avail of all the interesting features, you must become tech-savvy yourself and work on some hacks. 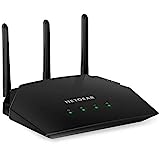 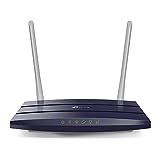